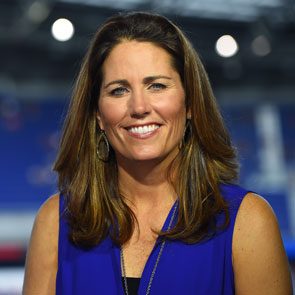 Leadership and the culture of teamwork will be central themes of SGO’s 2020 Annual Meeting on Women’s Cancer. In keeping with these themes, SGO President Warner Huh, MD, has selected the former captain of the U.S. Women’s National Soccer Team (USWNT), Julie Foudy, to deliver the Presidential Invited Guest Lecture.

Ms. Foudy played for the USWNT from 1987 to 2004. During that time, she helped lead the U.S. to two FIFA World Cup titles (1991, 1999), two Olympic Gold Medals (1996, 2004), and one Olympic Silver Medal (2000) among other feats. Julie has always been a leader. She served as the USWNT co-captain from 1991-2000 before accepting the role as sole captain from 2000-2004. Julie was inducted into the National Soccer Hall of Fame in 2007. Since retiring from competition, she has served as the President of the Women’s Sports Foundation. She runs the Julie Foudy Sports Leadership Academy for girls age 12-18. The soccer and lacrosse summer camp teaches young women the values of leadership through sports. Julie is currently a reporter/analyst at ESPN. We are truly excited to have Ms. Foudy speak at the 2020 Annual Meeting as we look to understand and embrace the future.